Dubai: The financial technologies industry is widely expected to emerge stronger from the challenging risks of the pandemic as people turn to digital services, according to a report “Life After COVID-19: Financial Technologies,” from Dubai Future Foundation. 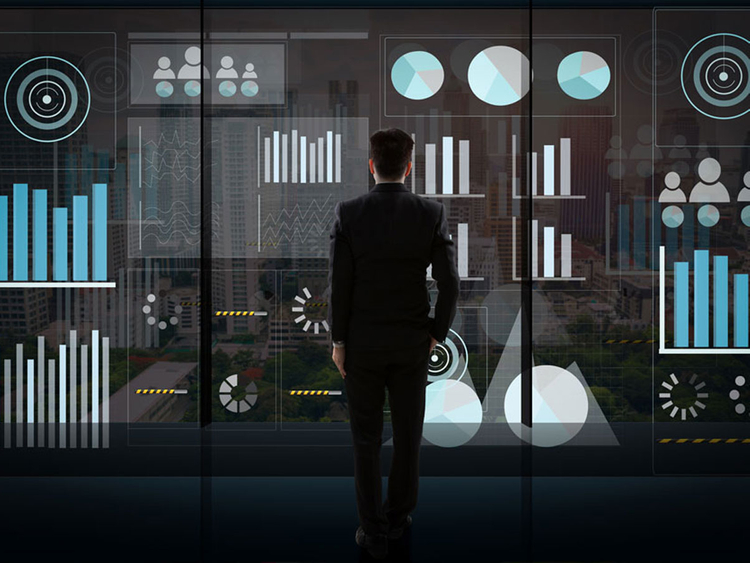 The report is part of a series of reports that tackles the different challenges that the UAE and the Arab world will face in the aftermath of the global health crisis.

The report considers that the financial technology sector will be one of the most developed in comparison to other business sectors, such as tourism, aviation and retail. The global COVID-19 outbreak is having a serious impact on the corporate world by driving down demand and disrupting supply chains. The airline industry, one of those worst hits, could alone suffer a loss of $250 billion as a result of the outbreak, according to the International Air Transport Association. The ‘bricks and mortar’ retail sector – composed of physical stores rather than online sellers – is similarly expected to see revenues decline, with losses of $430 billion estimated for the US alone.

The report shows that finance apps have seen downloads shoot up since the start of coronavirus lockdowns. According to data from financial advisory firm deVerem, fintech apps saw a 72% spike in usage in the final week of March and average weekly app downloads for finance apps increased 20% between the fourth quarter of 2019 and the end of the first quarter of 2020.

Although the use of digital currencies by governments to tackle economic crises is still under discussion, the advantages they could offer over traditional currencies are becoming more apparent. As noted by the UK’s Bank of England (BOE) in March 2020, digital currencies would “theoretically widen the policy options available” by allowing central banks to implement negative interest rates, thereby encouraging banks to lend more freely, without leading to cash hoarding behavior. 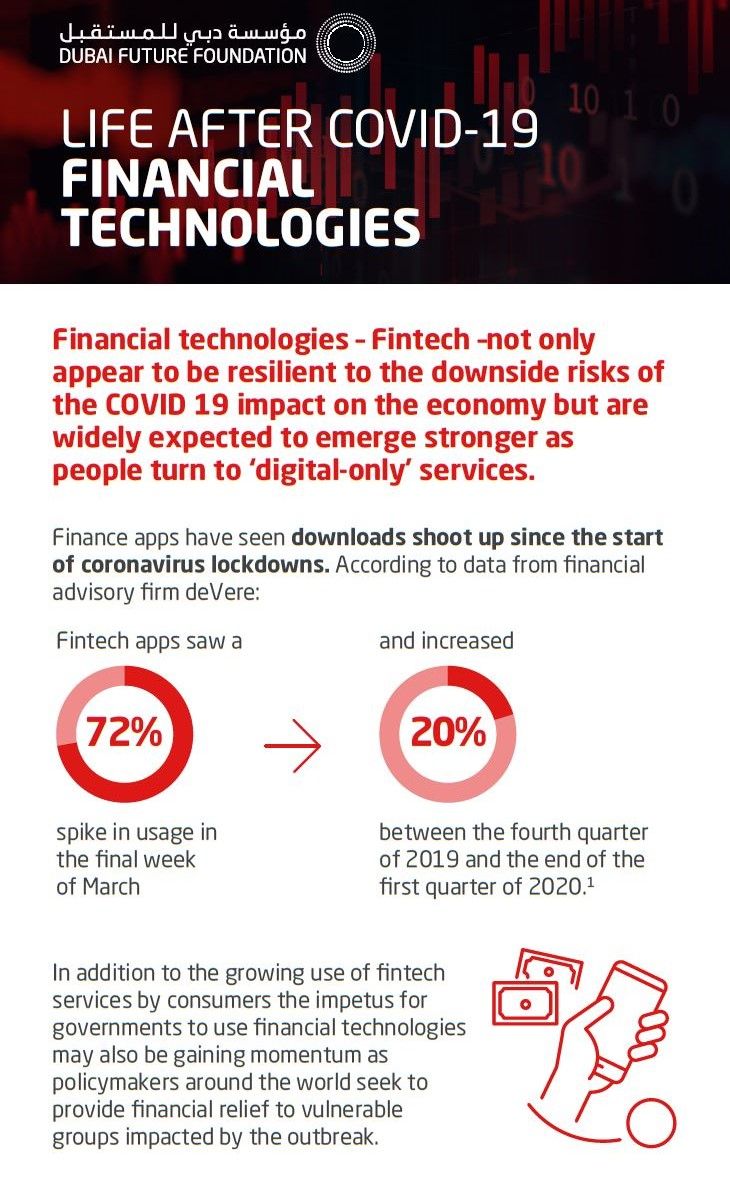 The speed at which digital currencies can be transferred, through digital ledger technology, would enable governments to provide liquidity to vulnerable groups much faster than using traditional forms of money provided by some intermediate institutions through mailed paper. Additionally, traditional money largely requires the use of intermediaries such as banks to transmit payments, thus preventing the ‘unbanked’ from accessing financial services or, during times of economic crises, financial aid. On the other hand, financial technologies provide people with alternative ways of making transactions that are faster and cheaper than traditional money and, in some cases, more inclusive.

The report explains that it is an important opportunity for private sector entities to accelerate the digitization of financial services and for public sector entities to explore the use of digital currencies. The central banks of the UAE and Saudi Arabia already have a pilot program to develop a shared digital currency for cross-border bank transactions, launched in 2019. The aim is to drive the transformation of the remittance industry and build investor trust in cryptocurrencies. The proposed currency will rely on the use of a blockchain database between the two central banks – the Saudi Monetary Authority and the UAE Central Bank – and participating retail banks. 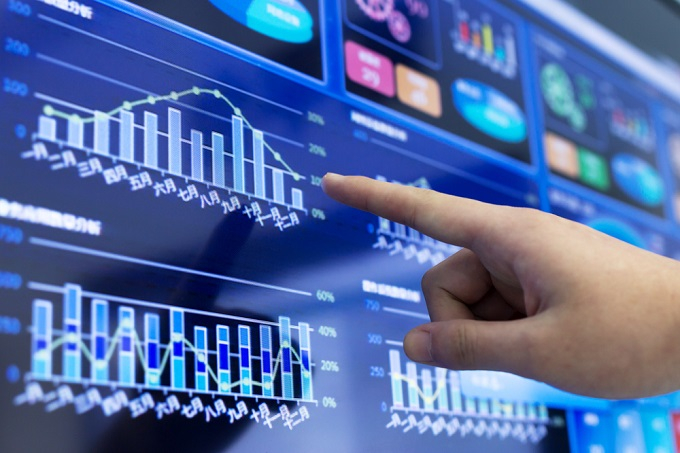 Given that people cannot physically visit banks due to the precautionary measures taken to tackle COVID-19, easing their access to digital services will be critical. Banks and other financial intermediaries should be incentivized to augment their digital platforms and reduce the costs associated with online banking for consumers. Such costs should be streamlined, or entirely removed where possible, to allow the advantages of financial technology – increased speed, reduced cost – to start to translate into market-wide efficiencies and ease financial stress.